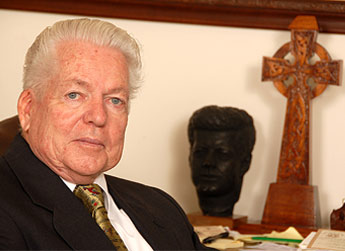 Professionally, Jim has obtained the highest recorded jury verdict against Greenlee County for a truck accident on a dangerous county road. Jim has also obtained the highest settlement ever paid by the federal government for a case involving the sexual molestation of approximately fifty school children by a teacher on an Indian reservation.

James Cunningham in the News:

James Cunningham is a member of: